Take part in a few Audax rides and before too long you'll hear someone mention "PBP" or even "The French Ride". PBP - or Paris-Brest-Paris, to give its full name - is the world's largest and most prestigious long-distance cycling event.

Every four years, in August, more than 6,000 cyclists from around the globe converge in the south-western outskirts of Paris with the aim of riding from there to Brest, on France's north-western tip, and back, covering 1,200km in fewer than 90 hours - and considerably fewer for the very fastest. Few who take part will ever forget the experience.

Audax UK was originally formed in 1976 to make it easier for cyclists from the UK to enter PBP by holding qualifying events in the UK. 1979 saw 49 British finishers, in 2015, more than 400 members successfully completed the ride and then in 2019 nearly 450.

One AUK member, Richard Leon, has so far completed the event 9 times. 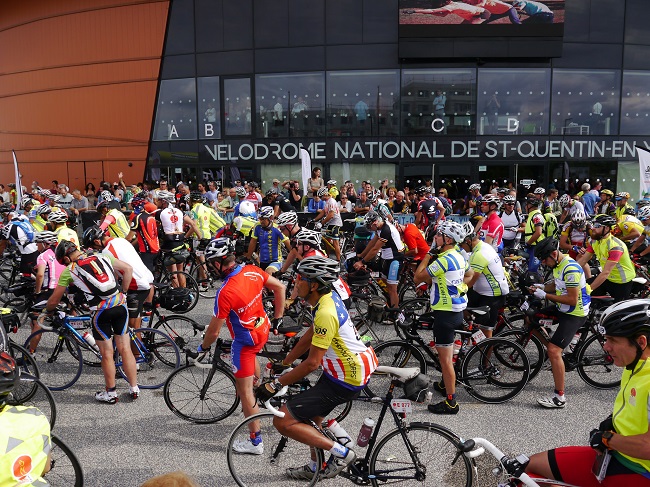 For lists of AUK PBP finishers from 1971 to present day click here.

The next PBP will take place in 2023. For more information on the history of PBP click here.

The process for entering PBP will begin in January 2023 when 'register your interest' opens. You have to make a partial payment at this stage and choose a start time.

The registration link is here.

Once you have registered your interest you must qualify by riding 200k, 300k, 400k and 600k events. All must be BRM events and all must be ridden in the time frame below (NB this varies between countries - below is so the UK). If you do not do this you WILL NOT be able to enter because you will have to enter the validation number for each qualifier. Payment is made at this stage and unlike LEL does not include food at the controls which has to be paid for as you go.