Quiet lanes from Caton into the Yorkshire Dales then join up with riders on the the companion event to return via Ribblehead and Dent.

Caton to Settle along mainly quiet lanes, then a bit of proper climbing up the steep but short High Hill Lane before descending to Airton and on to Cracoe for the first control. Soon after here you may come across folk on the companion event - 'Stumped and Dented 200' as both events converge until the end. Gently climb along lovely Littondale to the next control at Litton - The Queens Arms pub, then carry on to Halton Gill where the road climbs more steeply before descending to Stainforth. Climb via Horton-in-Ribblesdale past Ribblehead Viaduct then under Denthead Viaduct down to Dent which is the final control. The climb from Dent is again steep and short but is rewarded with a long descent of beautiful Barbondale followed by eighteen flat km back to Caton. The finish will be in a local pub where food will be available to purchase. Caton is easy to get to, being just 8km from Lancaster which is situated on the West Coast Mainline and adjacent to the M6 motorway. There are a number of budget hotels in the area. Free car parks and on street parking is available at the start. 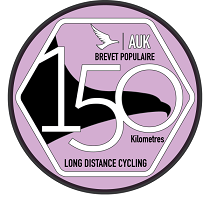