This event has a mandatory route - you should follow the route instructions as closely as possible.

This is the Randonneur Version of this ACP 600km Super Randonnée event with a 60 hour time limit.

Each rider must:
1) Be self-sufficient. Support vehicles, even occasionally, are totally forbidden, on the course and at the control places.
2) Follow the route of the Super Randonnée. The organiser provides a detailed route sheet indicating the location of the control places.
3) Start from the official starting point.
4) Note on their card the start and finish date and time (day, hour, minute), and the time of passage at all intermediate control places (hour, minute).
5) Prove their passage at the control places by taking a photo of their bike (with frame plate) at the place designated by the organiser. The organiser provides detailed information about the places where to take the control photos. The rider can appear on the picture, but not without his or her bike.
If circumstances permit, riders may have their card stamped at an establishment located at the control place, instead of taking a photo. The stamp must show the name of the control place, otherwise it is not valid.
Missing photos (if not replaced by stamps), missing control times, or loss of the card (regardless of how far into the ride a rider is) will result in disqualification.
Secret controls may occur at the start and during the ride.
Those riding as Randonneurs and finishing in more than the alloted time will be homologated as Tourists, provided they have validated all controls and observed the present rules.

NON-MEMBERS are welcome but need to register first. This is free - we ask you to do this so we can verify your contact details. You only need to register once and can then enter multiple events or in future convert to paid membership.

PARENTAL CONSENT is required for entrants under 18 years of age. This can be declared by the parent/guardian making an online entry on behalf of the under 18 rider. Otherwise, although an entry can be made online, the parent/guardian should complete and sign the parental consent form available here. More information about event entry terms related to under 18 year olds is here. 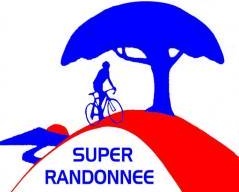